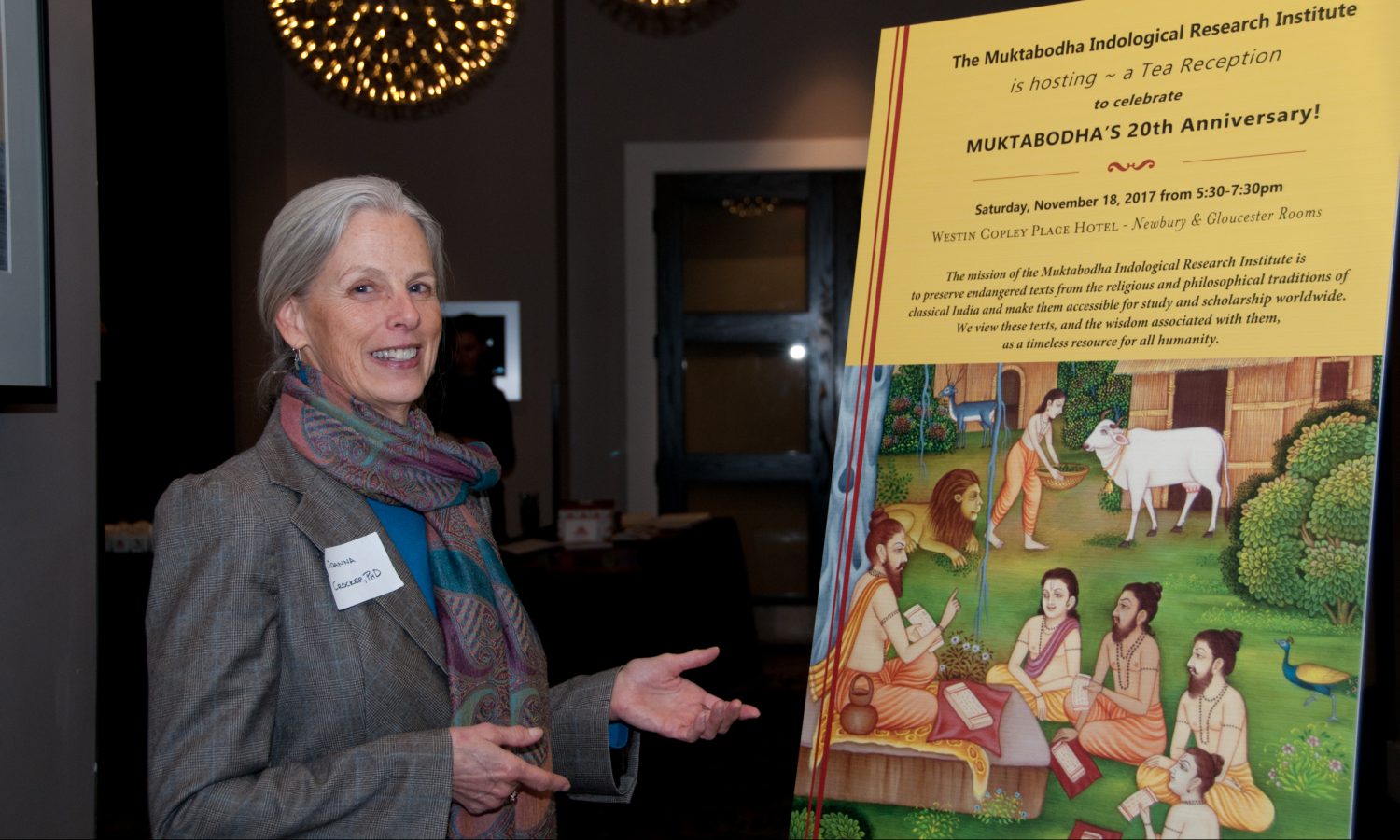 Muktabodha celebrated its 20th anniversary with a reception at the American Academy of Religions conference in Boston, Massachusetts.

The Academy is dedicated to furthering knowledge of religion and religious institutions in all their forms and manifestations. This mission is accomplished through Academy-wide and regional conferences and meetings, publications, programs, and membership services.

The annual meeting of the AAR is, therefore, one of the largest professional gatherings of religious scholars in North America. The AAR annual conference was held on November 18-21 in Boston, Massachusetts. For the Muktabodha Indological Research Institute, the conference was the most felicitous venue to raise awareness about its work among scholars and students of Indology and related fields.