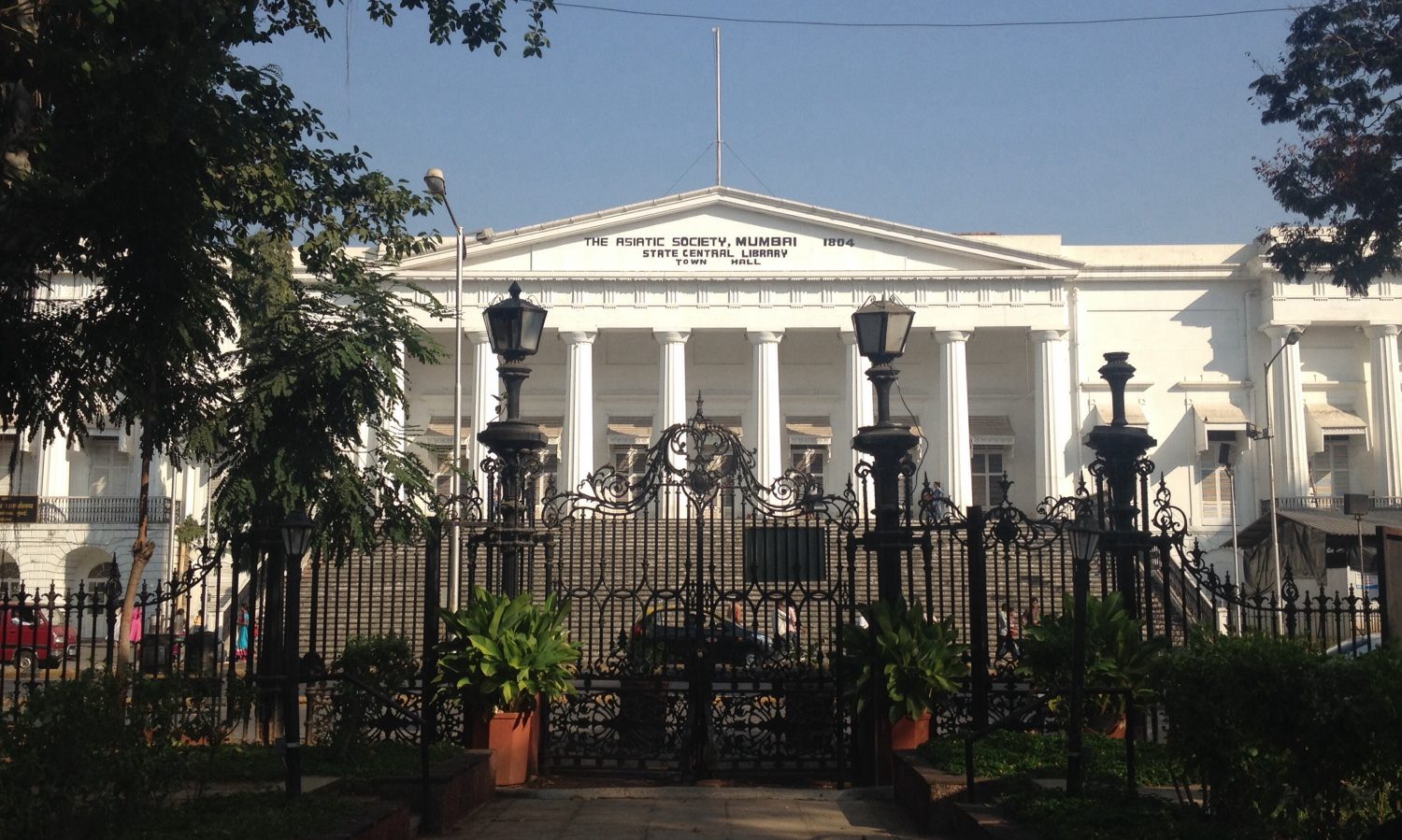 In February 2019, members of the Board of Directors of the Muktabodha Indological Research Institute (MIRI) were invited to address the Asiatic Society and the general public about its achievements in the field of digital preservation and online dissemination of sacred Sanskrit manuscripts.

The Asiatic Society of Mumbai, first established in 1804 as The Literary Society of Bombay, are the proud custodians of a library containing over 100,000 books, of which 15,000 are classified as rare and valuable. It also has over 3,000 ancient manuscripts in Persian, Sanskrit, and Prakrit, mostly on paper but also some on palm leaf. Among its innumerable treasures, it boasts one of only two known copies of Dante Aligheri’s celebrated 14th century masterpiece, The Divine Comedy.

The presentation was held at the Town Hall, an historic neo-classical edifice built in 1844. Located in the heart of south Mumbai, the historic building has a portico with eight Doric columns and a magnificent flight of 30 steps that lead to the main hall. It also has a fine wrought iron Regency staircase that leads to the vestibule.

At a well-attended lecture, Dr David Katz, Chairman of MIRI’s Board of Directors, presented the scope of Muktabodha’s projects, including its digital library, and highlighted the urgent need to preserve, and make available through digital information technology, the knowledge contained with ancient Sanskrit manuscripts before they are lost to the world. As a gesture of heartfelt gratitude for raising awareness of the need for action to preserve India’s great spiritual legacy, the Asiatic Society has offered MIRI the use of its premises for future presentations.