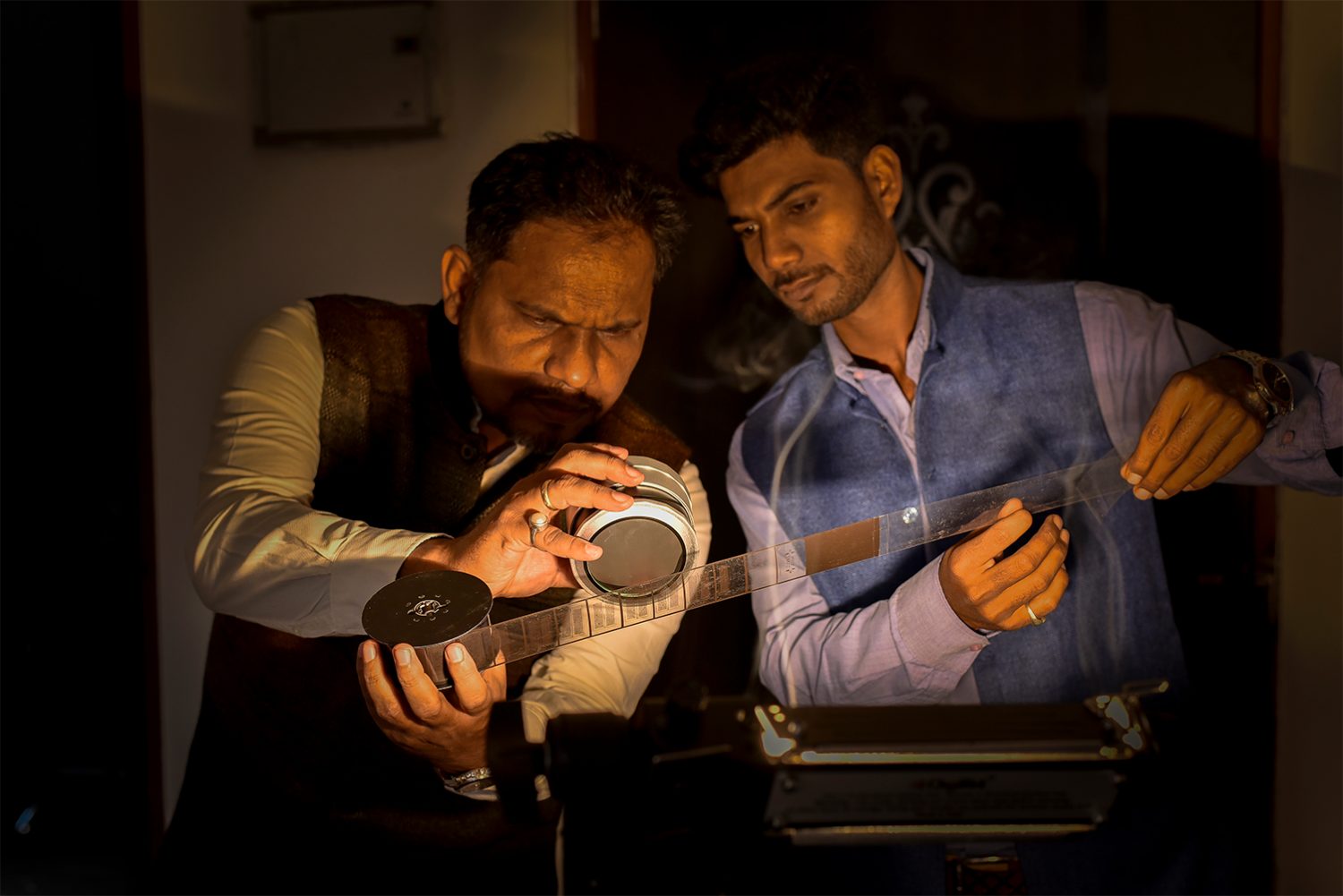 We pray that you and your loved ones stay safe during these uncertain times. We hope that you find strength and solace in the timeless wisdom of the great philosophical texts of India.

The sudden lockdown in March due to the pandemic, resulted in an abrupt halt in operations at our Varanasi office, where the digitization of all our manuscripts takes place. Our staff began working from home. However, with the gradual relaxation of the lockdown in India, our office reopened in September, and work is now slowly getting back to normal.

Muktabodha had selected two major collections for digitization during 2019-20. The first was the digitization of Paddhati (ritual manuals) manuscripts from the Nepal National Archives. These rare manuscripts, written on palm leaves, birch barks, and paper, are mainly devoted to the correct method for performing rituals to the different deities. Some of the manuscripts also contain beautiful miniature paintings with writing in gold and silver.

These particular Paddhati manuscripts are extremely rare, having survived in Nepal thanks to its cool climate, while elsewhere in the Indian sub-continent, most other similar manuscripts have been lost.

The second collection was from the French Institute of Pondicherry (IFP), Puducherry, comprising selected Vīraśaiva texts. Vīraśaivism (Liṅgāyatism), which teaches a path to an individual’s spiritual progress, is a sub-tradition of Śaivism and very influential in South India, especially in the state of Karnataka.

The following are some of the manuscripts digitized during 2019-20:

Haravijayam / हरिविजयम्
Haravijayam, composed in the 9th century by Kashmiri poet, Ratnākara, is the longest surviving epic poem or mahākāvya, and an important milestone in the development of the genre. Together with its commentaries, it bears testimony to a wide spectrum of knowledge of the śāstras.

The poet praises the deity as the true manifestation of the highest Reality. In keeping with the religious and philosophical teaching traditions of the time, he alludes to and paraphrases authoritative texts, revealing what a learned scholar in Kashmir in the 9th century would be expected to know, and what he expected his learned audience to understand.

Vaṭukārcana Saṃgraha / वटुकार्चनसंग्रह
This text is an anthology of rituals to Vaṭuka Bhairava, an incarnation of Lord Śiva. In the Tantric tradition, Vaṭuka Bhairava is worshipped before the commencement of the worship of Śiva and Śakti. The deity is considered easy to please and is invoked for the fulfilment of desires and material comforts.

Dīkṣāvidhi / दीक्षाविधि
Dīkṣāvidhi details the different types of initiation. This text from the Paddhati tradition is a collection of rituals to be performed, in order to reach the highest Reality. It contains mantras to deities such as Vaṭuka Bhairava, Mṛtyuñjaya, Dakṣiṇakālī, Bagalaśatākṣarī and others.

Pāścinmajyeṣṭhāmanāyakarmārcanapaddhati / पाश्चिन्मज्येष्ठमानकर्मर्चनपद्धति
The Kaula tradition gained prominence with the teachings of the great Kashmir Śaiva master, Matsyendranāth and his successors.

Pāścinmajyeṣṭhāmanāyakarmārcanapaddhati is one of the schools of this tradition, where the predominant deity is the goddess, Kubjikā. Various ritual procedures related to Kubjikā, and methods of influencing and controlling the internal and external world through the power of invocation and mantras are elaborated in this text.

Kumāratantra / कुमारतन्त्र
Tantra / Sanskrit / Newarī Script / Folios: 231
These are 150 chapters dealing with various aspects of the ritual in respect to various deities and ways to please them.

Agastya Saṃhitā / अगस्त्य संहिता
Āgama Text / Sanskrit / Newarī Script / Folios: 95
Agastya Saṁhitā i.e. Agastya’s Compendium is the title of several works in Sanskrit text attributed to the ancient sage, Agastya. This is a conversation between Sutīkṣṇa and Agastya, in the Pārvatī-Śiva conversation, described as a Pāñcarātra text.